PUBG Mobile has announced its collaboration with the British supercar manufacturer McLaren through its Instagram account. PUBG Mobile has also been collaborating with different automotive companies in the past. Last year, the game announced a partnership with Yamaha, the Japanese motorcycle manufacturer, where the MWT-9 and T7 concepts were included in the game as vehicle skins.

The collaboration has been one of the most anticipated among players around the world. Even though PUBG Mobile has done many other collaborations before, this has surely become gossip amongst gamers as it has even toned down the ongoing collaboration between Godzilla and Kong.

Therefore, starting June 1, 2021, players participating in the event can receive a McLaren 570S skin, along with various exciting in-game gifts and coupons. The event will be available until June 30. With this, the game will also feature multiple variants of the supercar.

There is a total of 6 McLaren 570S skins that are up for grabs throughout the event:

How to get the new McLaren vehicle skin in PUBG Mobile? 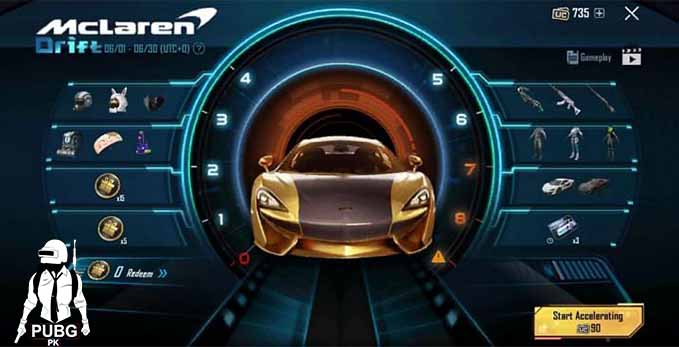 To get the new PUBG Mobile McLaren Vehicle Skin, players simply need to follow the steps mentioned below:

Please note that a total of 90 CU will be deducted from the player’s account for each spin.

Players can use the Lucky Badge to earn all 6 McLaren skins by upgrading them consecutively.

When your car looks like this, you can expect your squadmates to ask for a ride every match 😏 Dream for Speed starts June 1st! 🚦🏎️💨 #PUBGMOBILE #PUBGMMcLaren

PUBG Mobile x McLaren is live; Check out the event details and new vehicle skins – PUBG Mobile has been teasing its collaboration with British supercar maker McLaren. As part of the great collaboration, many variants of the supercar have been introduced to the battlefields.

Starting June 1, various models of the supercar will be introduced as acquirable in-game skins. In the main image, you can see that the new McLaren skin is taking over a car that looks quite like the new Coupe RB vehicle in PUBG Mobile. As the McLaren vehicle also carries two people at a time, the new McLaren supercar is presented as a Coupe RB Skin. The vehicle skin also comes with a “waiting lobby animation” and skin owners will be able to get off the plane with the McLaren supercar instead of a parachute.

Six different variants of the supercar will be presented at the event called McLaren Drift. Players can use UC (Unknown Cash) or tokens to earn all the rewards from this event, including McLaren skins.

To get the desired McLaren look from the McLaren Drift twist, players must be ready to spend a minimum of 35,000 UC at least. If you’re not so lucky, this could go up to 80,000 CU as well.

Details about the collaboration were posted a month ago by ShubhGamerz on YouTube. These are the skins that are currently in the global version of PUBG Mobile. 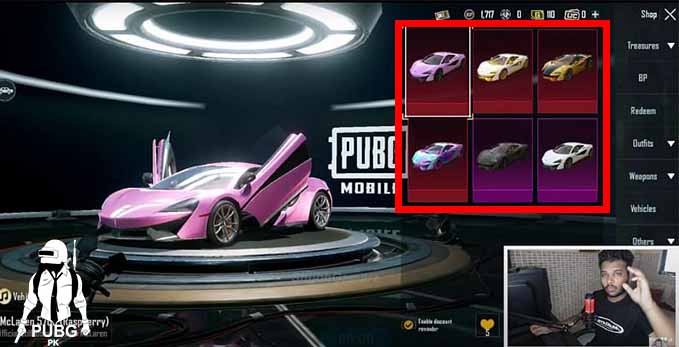 While PUBG Mobile has done many collaborations before, this has certainly become the talk of the town now by overshadowing the ongoing collaboration between Godzilla and Kong. On the other hand, Garena Free Fire, the most downloaded mobile game of 2019 and 2020, has also announced a collaboration with the same supercar manufacturer, McLaren. Like PUBG Mobile, they will also feature the supercar in their Battle Royale.