BGMI Lite January 26 Official Announcement from Krafton Reality? PUBG Mobile Lite players are eagerly awaiting the game’s arrival for BGMI Lite, although no official information has been released yet and there are still a series of news related to PUBG Lite-on many platforms. It has also been expressed that BGMI Lite will be launched soon.

Why is the PUBG Lite player so curious, why are they doing this, they are eagerly waiting for this game, although you must know that PUBG Mobile Lite is a low-cost device game, it can be easily played on a low spec mobile phone. lite for Twitter, YouTube, Instagram, and other social media.

Since BGMI Lite came into the spotlight, the trend of fake news has increased a lot. The official information for BGMI Lite has not been released yet, and it cannot be said when BGMI Lite will come.

Do you think there will be something unique in BGMI LITE from PUBG Mobile LITE, then yes, some changes will also be prepared in the game as well as the expansion of new features so that the game experience can be made more special.

There is a chance that a new mode will appear in the game, although it has not been determined which one will come, a training mode can be added, as well as damage color such as BGMI.

The size of BGMI lite will be around 700MB so that players with low-end devices can run this game smoothly, anyway, PUBG Mobile Lite in Indian version so that users with 2GB RAM can also play this game. 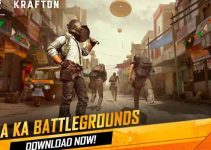