Since its launch last year BGMI gained popularity to become one of the most popular battle royale titles on the Indian mobile gaming market. Many players come to play the BR mode each day.

Although the removal of the game could be temporary because of the Indian government’s history of banning battle royale gaming Many fans are worried about the uncertain future of the game.

Since last night, users looking on the search engine for Battlegrounds Mobile India on the Google Play Store have found it unlisted in the Play Store. In the following days, the game was removed in the App Store, raising the concerns of players.

Experts have taken to social media to announce Google’s announcement on removal of their app on their website.

Google statement: “On receipt of the order, following established process, we have notified the affected developer and have blocked access to the app that remained available on the Play Store in India.”

Thus, it is determined that the order of the government caused the app’s delisting from various online stores. This is why the whole Indian gamers are devastated.

Now, they are waiting for Krafton’s release of an official statement on the ongoing situation.

Despite the events of the past few days, even the BR title is still accessible. But, depending on the way in which Government of India and Krafton’s meeting goes it is possible that the servers will be removed on government’s instructions.

Additionally there is no way to make in-game transactions anymore available. Users who want to buy UC are not in a position to purchase it.

Reactions of fans and gamers to a possible BGMI ban

The suspension has generated a lot of responses from professional gamers streamers, gamers, and streamers all over the world.

Mortal, a renowned Battlegrounds Mobile India competitive player and streamer who took to his Twitter handle to be sad and express his sorrow. By tagging the official Twitter handle of the Indian government Mortal, he pleaded to allow the BR game available once more.

BGMI pro Jonathan took to his livestream to discuss the subject. He said that the title is not yet blocked, and it’s because of security concerns that it has been removed from both in the Google Play Store and App Store.

The top gamer advised his fans to keep their faith and said he hoped that the game would be on the platforms in the near future.

Everyone knows the fact that esports in india has rapidly touching the heights and recently televised.
I hope our government understands that thousands of esports athletes and content creators and their life is dependent on BGMI.#recogniseBGMIesports @GoI_MeitY

So #BGMI has been removed from the App Store and the Play Store.

A number of other prominent players, owners of organizations and managers have expressed their opinions regarding the whole situation.

It is yet to be seen how the situation may take. The fans across the country are hopeful to see that the summit between Krafton Inc. and the Indian government today will result in the game returning to virtual stores. 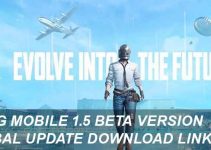 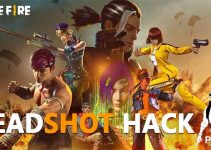 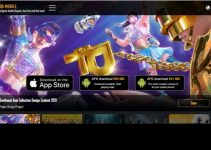