Free Fire doesn’t hold back when it comes to collaboration, as many new collaborations are made regularly. Recently, content based on the Assassin’s Creed franchise has begun to make its way into the game, allowing players to acquire various themed items.

One of the events that started is the free cover parachute (cumulative login). As the name suggests, users have to sign in to get a free umbrella theme.

The event started on March 28 and will run for a week until it ends on March 7. Players can earn three rewards simply by logging into the game. Here are the details to be fulfilled:

Accordingly, users will not have to put in much effort, and they will be able to claim all items on March 4th if they log in every day since the event started.

Steps to redeem the rewards:

Only one co-op event has started in Free Fire, others will start in the next few days. Here is the calendar: 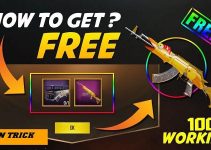