PUBG Mobile developers update the game every two months, adding new features and content that keep players glued to it. Update 1.5 that introduced the collaborative content of Mission Ignition and Tesla was well received by the players. They are now looking forward to the next patch.

The release of the highly anticipated beta version of PUBG Mobile 1.6 has generated excitement and has kept users intrigued. It incorporates new features, including game modes, as well as enhancements to existing features.

Players can expect beta features such as the Flora Menace game mode to enter the game with update 1.6, along with the inclusion of game modes that were previously present.

The developers have not yet announced a date for the PUBG Mobile 1.6 update, so this is only an estimate.

Leaks have already surfaced regarding the names of the rewards.

Here are some of the items:

Readers can also watch the video above for an overview. Of the PUBG Mobile M3 and M4 Royale Pass.

Note: These are leaks that may or may not be added to the update. 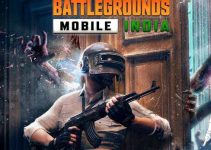