Players will see a lot of cool features like Piggyback and new changes to the user interface. Players will be able to download the latest update directly from their app stores.

This article is about the release time of update 1.7 for iOS and Android devices for PUBG Mobile.

The release time of the PUBG Mobile 1.7 update for both Android and iOS devices is set at 12:00 AM UTC. Players can check their smartphone app store to see if the update has arrived for their smartphone. Players who haven’t received the update on their smartphones don’t have to worry. It may take an hour or more for each player to receive the update and play the game. Android users will also get the option to download the update with the help of the APK file.

PUBG Mobile 1.7 update to bring some of the highly anticipated features

Backpacking is one of the most awaited features of PUBG Mobile version 1.7. The feature will allow players to carry their teammates or enemy players on their backs. The player’s movement speed will decrease and he will not be able to use any weapon or vehicle. The speed that decreases the health of the player being hit will also slow down.

Another important feature of the PUBG Mobile 1.7 update is the notification of surviving players in the lobby. This feature will notify players after each play area, helping players to set their game style according to the number of players surviving in the match. This will increase the chance of getting chicken dinner.

In the PUBG Mobile 1.7 update, a new smoke grenade effect has been added. With this feature, players will see an arc of smoke while throwing a smoke bomb, which looks very cool and eye-catching. 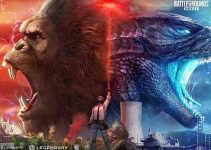