The developers of PUBG Mobile have always exceeded the expectations of the players with each passing update. The updates, which are released every few months, are preceded by extensive beta testing, which starts the buzz around the new content.

The beta version of PUBG Mobile 1.9 sparked a new wave of interest among fans and players as they had the opportunity to test the new features beforehand.

Moreover, since the upcoming update will celebrate the 4th anniversary of the Battle Royale game, fans are excited to see what the update will entail.

PUBG Mobile 1.9 update is likely to run between March 15-20, 2022. Previous patches of the game were released just before the current Royale Pass expired. As Bounty Legends RP will expire on March 21st, leading to the timeframe mentioned above.

Since the game’s servers are not shut down for maintenance, players will not have to banish them from the game. The update generally starts at UTC +0, but this did not happen in the latest 1.8 updates.

The expected times are as follows:

Note: This is just an estimated date and time based on the previous few updates. The developers are yet to announce the details of the new version.

Players can expect the features in 1.9 betas to be integrated with the update.

Royale Arena Assault is the name of the new model in beta. One of the unique aspects of this mode is that the Playzone randomly appears in the classic Battle Royale mode. A new area can suddenly become a combat zone, and users must be prepared to adapt at all times.

In addition, Metro Royale Union has been optimized to enrich the overall user experience.

Cheer Park has improved and received an overhaul. Moreover, a new racing feature has been added where users can choose from a variety of vehicles. 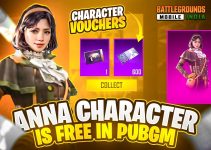