The popular battle royale game PUBG Mobile has reached great heights despite being around for only a short period of time.

The title, released in 2018, changed the rules of the game by transforming the dynamics of mobile gaming and aligning it more with PC gaming.

Players, McLaren is driving off on June 30th! 🏁👀 Get your favorite McLaren before its gone forever! 🔥🏎️ #PUBGMOBILE #PUBGMMcLaren

The game earned a spot among the finalists for the esports game of the year award from the prestigious Esports Awards. PUBG Mobile and Free Fire are the only mobile games in this category. The title was also nominated for Esports Mobile Game of the Year a few weeks ago.

PUBG Mobile has achieved tremendous success, but it has also been plagued with many problems. Cheating is one of those crippling problems. Some players use third-party plugins to gain an unfair advantage over others, and this has wreaked havoc among gamers.

PUBG Mobile developers routinely send updates to remove those plugins and put an end to every vulnerability. The game also has a built-in anti-cheat system that detects and prohibits cheats. 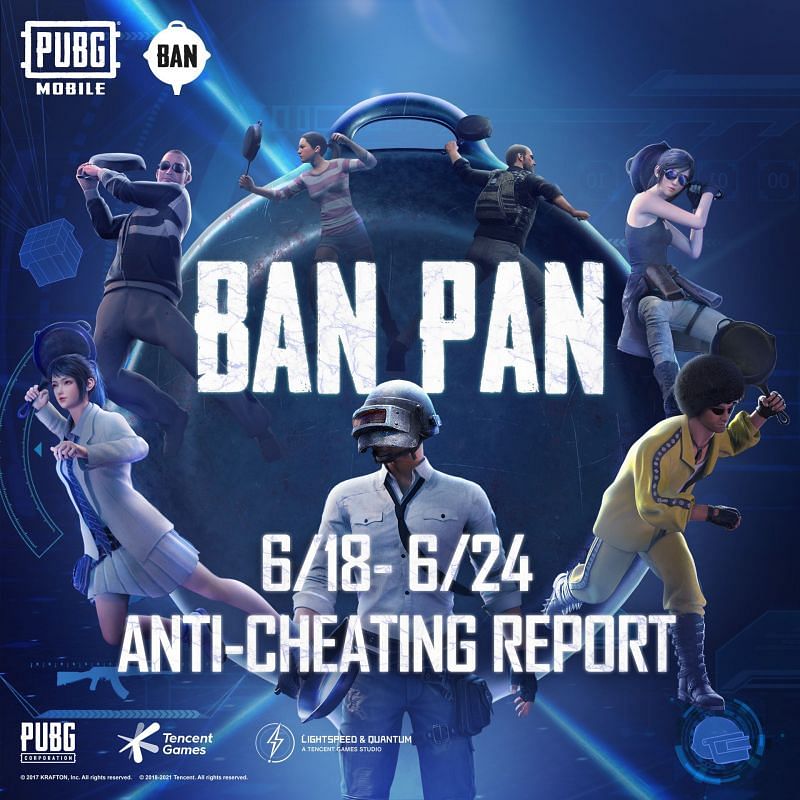 Every week, the developers also publish the levels and types of cheats that were banned. This week, that is, from June 18 to 24, they banned more than 3.8 million (3,884,690 accounts precisely) of accounts. That’s a 50 percent increase from last month’s 2.5 million.

The BanPan is back! 🍳 From June 18th through 24th, we permanently banned 3,884,690 accounts from accessing our game. The main reasons were:
❌ Modification of Character Model
❌ Other Hacks
❌ Speed Hacks/X-Ray Vision

80 percent of the accounts banned were mid to high-tier accounts.

A whopping 76 percent of accounts were banned due to “Character Model Modification,” which has been a consistent trend for the past three weeks.

Speed, X-rays, and damage area modification accounted for five percent each, while Auto Aim comprised only two percent of cheats. The remaining eight percent of hackers used other (miscellaneous) types of hacking.