Krafton and Tencent Games are working tirelessly to give PUBG Mobile players the best Battle Royale experience. They have added many items and cosmetics over the years to add variety to the game.

However, of all the items, the monthly Royale Pass has a unique place in players’ hearts, allowing players to get some great rewards.

The ongoing Month 13 Royale Pass is set to expire on August 19, after which the RP will be locked for a few hours. This will enable developers to release next month’s 14 Royale Pass on August 20th.

The 14-month Royale Pass can be obtained in two different versions. While the popular Elite Pass can be had for 360 UC, the Elite Pass Plus variant can be purchased for 960 UC.

However, players who previously purchased the month 13 Royale Pass can take advantage of the 60 UC discount coupon when purchasing the month 14 Royale Pass subscription.

YouTubers working alongside Tencent Games and Krafton as beta testers have provided information about the month 14 RP in their videos.

Based on the leaks, the upcoming C3S7 Month 14 Royale Pass will be modeled on the theme of “Night of the Fables”. RP will introduce a lot of new items that players can use to expand their in-game inventory.

According to the rule of previous seasons, the paid section will contain many bonuses with themes. The developers will also add some bonuses to the free RP section for players who cannot purchase the monthly Royale Pass.

Here is an overview of the leaked ranked rewards that will be available in the new PUBG Mobile Month 14 RP:

With so many rewards to be had, many PUBG Mobile players can be expected to buy the 14 month Royale Pass. They can also maximize their RP and get the aforementioned ranked rewards by purchasing RP Rank Cards (each card costs 1,000 UC). Each ranked card will help them rise up to 10 ranks.

Note: PUBG Mobile is banned in India. Hence, Indian users are asked to refrain from playing the game. 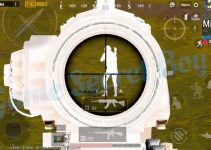