The semi-finals of the PUBG Mobile National Championship Nepal 2021 begin today, that is, on July 30.

In the semi-finals, the top 24 teams are divided into three equal groups of eight teams. Each group will play a total of 20 matches. The top 16 teams in the general classification will advance to the Grand Final.

The tournament features a huge jackpot of $ 30,000. A $ 10,000 prize will be awarded to the winner, while runners-up will receive $ 5,000. The third-placed team will receive $ 3,500. In addition to the prize money, the winner also gets direct entry to the PMPL South Asia event.

Skyightz Gaming won the group stage with 308 points, which they achieved by maintaining a balance between location and kill points. In addition to having four chicken dinners, they were the only team to exceed 150 kill points. RAW Official secured second place and became the only team to reach 300 points. PMPL South Asia Season 3 Champions DRS Gaming had an average performance as they finished 11th.

The PUBG Mobile National Championship, which was previously limited to Southeast Asian countries, has been expanded this year to cover 4 new regions and 13 new countries.

The semi-finals will be a tighter battle between these top twenty-four teams, and it will only get tighter until the final. While DRS Gaming and PN Crew would like to improve its performance, Skylightz Gaming and Elemntrix would like to replicate it. Watching these teams compete for a chance to reach the finals of this event will be intriguing. 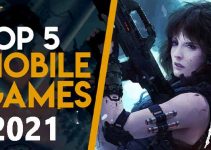