PUBG Mobile now comes with a new edition in the next latest update. Instead of season 20, the new one will be called PUBG Super Season 1 (SS1). Many things are going to change, read the full article to get all the information.

PUBG Mobile is one of the most famous, hottest, and hottest mobile shooter games in the industry by now. Almost half of PUBG season 19 has been completed and we are now very much at the height of the launch of the new PUBG season 20 (SS1). But before the release of each new season, PUBG lovers always want to get the RP leaks and level rewards. So today we are here with the first PUBG Season 20 leaks including Tier Rewards and PUBG Mobile Season 20 Royal Pass.

We’ve compiled a list of all PUBG Mobile 20 bounties, leaks, and predictions, including release date and PR bounty information from various sources.

Typically each PUBG season stays for 7-8 weeks and then a new season takes place with its own amazing features and rewards. As we all know, PUBG Mobile Season 19 kicked off on May 13, 2021 and arrived with amazing skins, rewards, and a spectacular Godzilla vs King event.

The RP event for PUBGM Season 19 will end on July 12, 2021. You can also check the date in the Royal Pass area of ​​the game. Also, it generally takes 24 hours to fully finish any season. We have to wait just a few days to get the new PUBG Mobile Season 20 (Super Season) update.

Now an era in PUBG Mobile is about to begin. Instead of PUBG Mobile Season 20 release, the new PUBG update comes with the season called Super Season 1 (SS1) instead of Season 20. From now on, we will get the new seasons with the names SS1, SS2, SS3, etc. .

After that, players will again need to buy RP for the second month at 300 CU. But the good thing is that you will receive the 300 RP rewards CU in RP rewards from 1 to 50 levels. So you can buy the 2nd month Royal Pass with this UC and then complete the next 50 RP again.

The new PUBG Mobile Super Season 1 (SS1) will be released on July 13 with the cool new stuff after the end of PUBG Season 19.

One of the main reasons for the popularity of PUBG Mobile and why everyone loves this game is because of the amazing skins and outfits that it offers to its fans. Each season, the developers ensure that the game’s appeal is maintained by offering exceptional RP rewards. Below are some of the PUBG Mobile Season 20 (SS1) leaks.

Here’s the legendary outfit that players will get after completing 50 RP in the first month (M1) of the new PUBG Mobile SS1. It’s just a leak, we don’t have a full outfit for now, but based on the image, it really does look like a dazzling, mythical outfit.

This is the outfit for the second month and you will get it after completing all the level 50 RPs of the M2. This dress looks amazing too, but we’ll have to wait for the final and full PUBG RP rewards to see all the upcoming rewards.

You can see this avatar box in the first month’s RP rewards. The skin of the frame is fine, but not too attractive.

In PUBG Mobile Season 20 (SS1), you will get this avatar frame in RP rewards. Based on the framework of the first month, this seems more attractive to me.

Emotes are other PUBG elements, which appeal to most PUBG lovers and they are waiting to see what emotes they will get in the new season. So here is an emote from the PR rewards, which is called the “Hahaha” emote. For now, the only image is filtered but you can expect what it will look like based on style and name. It will come in month 1 of the season.

The name of this emote is “Ready” Emote, players will get this emote in the second month in RP rewards. The style is also in accordance with the name “Ready”.

The other gestures coming in the new season are called “Deep Sea Kisco” and “Sunken Templar.” Based on the style of the given images, both will be astonishing as expected.

According to the Royal Pass season 20 leaks, PUBG fans will have a chance to get this beautiful Dust Camo Soldier mask at RP Tier 1 after purchasing the Royal Pass. We know this is one of the deadliest weapons in the game and especially AR lovers will definitely want to grab this awesome skin.

Now is the time to take a look at the PUBG Season 20 Tier 90 Reward. You will get this another beautiful M762 pistol mask at level 90. The color scheme is very similar to the Kar98 mask with the gold finish we have seen above. It also has an amazing color palette that looks amazing based on the ocean motif.

The Pan is among PUBG’s most popular melee weapons. It’s a really nice approach to take out opponents by hitting them with a Pan.

The supposed Pan is represented with two beautiful feathers with a cross in the middle. Everything is shimmering gold, which contrasts nicely with the pan’s clean black hue. The handle has a golden tint and looks lovely hanging in the hands. It is unclear if this tray will be included in the RP rewards or in any of the RP boxes.

The first thing after the plane that comes into place after starting the match is the parachute. All players land at their desired locations using parachutes. First, we see the skins of the plan and then we have the parachute skins on the screen. The skin looks impressive with a crown logo in the middle and a very nice color combination. In the next Royal Pass of season 20, we will receive a paid parachute mask that we are looking at above. It is not for free users who do not buy RP.

All those who do not like to buy Royal Pass and are looking for a free parachute skin reward. You can see in the picture above, you will get this skin for free in PUBG season 20 RP rewards. The overall look is not very attractive with a green and black color scheme, which we expect from PUBG Corp in free rewards.

You’ll get an exceptional, top-notch Tidal Wargod helmet skin if you buy the first month of RP in Season 20. This skin feels amazing with a crown on top. You can get this helmet skin at Rp level 20.

Last but not least, we have a backpack skin that we will get in RP rewards. It’s probably one of the fanciest backpack twists we’ve seen so far in PUBG Mobile. It contains a wave pattern in the middle and has a sun-shaped symbol on top which certainly looks great. The bag is also adorned with delicately knotted threads.

This is the new framework in the upcoming PUBG Mobile SS1 when it will hit the Conqueror tier. I don’t know if you like this framework or not, but it is not very attractive compared to the previous Conqueror framework.

What is shown above is the image of the name tag that players will get after reaching Crown Level in PUBG Mobile C1S1 (Cycle 1 Season 1).

Here is the name tag of all those players who will reach Ace level in PUBG Mobile Super Season 1. The look is attractive with a C1S1 logo at the bottom that describes the new name of the season.

This tier reward is only for pro players who have the ability to reach Conqueror, an amazing Conqueror name tag. At the top, there is a crown logo and, like other name tags, a C1S1 logo at the bottom of the frame.

As we know, in each season, we get an outfit at the Gold Level and we get its corresponding mask when we reach the Platinum Level and play a few matches. So the old skin is making its presence known in the new PUBG season.

So the Ace level parachute is here for you. It is a true fact that many of us only made it to Ace level to get the Ace parachute mask and we also want an Ace title. Well, the skin looks good with the S20 logo in the center of the parachute and some kind of attractive finish.

For all those fans, who are waiting to know what rewards they will get in season 20 for free without spending UC. So here are the free rewards:

A free machete skin called “Golden Woman” will be arriving in the redemption rewards section of the store. The overall look of the skin is very good and its handle has a gold and blue color combination that looks amazing. To get this skin for a permanent time, you must spend 2,100 silvers to add it to your inventory.

If you love to play Sanhok and you also like to use QBU weapons. Then there is good news for you, an impressive QBU pistol design also comes in the free redemption rewards called “Lion Champion”. Well the name contains the word lion, there is a lion logo on the front of the gun that makes the gun look beautiful. All in all, I really like this skin and maybe I’ll also get it when PUBG season 20 rolls around. To acquire this mask permanently, you will have to spend 3360 silver.

If you love using DMR pistols like Mini14, then another best Mini14 pistol mask will also come in the free trade rewards. The name of this mask will be “Day Magician”. This skin contains a bright white and gold color combination and looks very impressive. Well, I personally love using Mini14 so maybe I’ll be happy if I get this weapon skin. The best thing is that the amount of silver you will need to spend to obtain this skin will be just 1,512 silver.

A free outfit is also making its appearance in the redemption rewards following the launch of PUBG Mobile Season 20. The name of this outfit will be the same as that of the “Golden Woman” machete. Like Mini14, this outfit will also come with a gold finish and if you get both the outfit and the Mini14 skins, both of them will look perfect together. You can buy this set of lion champions in 3360 silver for permanent.

A “Lion Champion Helmet” that previously came in the classic boxes and many people wanted to get this helmet, but unfortunately, they couldn’t get it. The good news for all of them, now you won’t have to wait any longer. PUBG has listed this helmet in the PUBG Mobile Season 20 Free Redemption Rewards section. You will only have to spend 1,260 silver to get this headdress permanently.

The upgradeable skins for the weapons will also arrive in the new season of PUBG Mobile. You will see AKM, M24, UMP45 and DP-28 skins that you can get and maximize to the highest possible level. There are no official leaks of these gun skins on what they will look like. 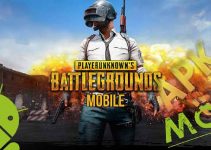