PUBG Mobile is taking a step into the future with New State, a remake of the popular Battle Royale.

PUBG New State is the latest title from KRAFTON, Inc. and PUBG Studios, essentially PUBG Mobile 2 with the action now set in the not-too-distant future: the year 2051.

Player’s will battle it out in Troi. (Picture: PUBG Studios)

The short trailer shows that chaotic energy that the Battle Royale title loves, and like the mobile title before it, it doesn’t seem to take itself too seriously.

It seems that, at least for the moment, this will be a strictly mobile game, that is, tablets and smartphones, with no PC or console launch on the cards.

There’s not much information on New State, but we’ve compiled all the information, including a possible release date, how you can pre-register (pre-order) on both Apple and Android, and the expected features.

Now, as of yet, there is no release date for New State, but based on a couple of factors, we can give a decent estimate of when we can at least see the game enter open beta.

Pre-registration for Android users is now open, and while this is called a sequel to PUBG Mobile 2, it is more of a continuation of the current game. This is not a new engine, but, no offense, a reskin (reinvent?) Of a game that is already well established.

It would not be a surprise to see that those who have pre-registered on Android could play the game in March or April.

The eventual iOS release will be later and probably won’t have a beta period due to the way Apple’s App Store verification works.

How to pre-register for PUBG: New State

You can do it on your Android phone from the Play Store, just search for PUBG: New State and click the pre-register button.

Apple users can’t pre-register yet, but the PUBG: New State website has a “pre-order” button, but so far it doesn’t do anything.

There is a one-time cosmetic reward for those who pre-register / order. A skin for one of the vehicles in the game.

Based off the outline it looks like a speedster.

The system requirements are not fully developed, but so far, for Android users, we know that devices must have Android 6.0 or higher and at least 2.5GB of RAM.

We will update this with more information as it becomes available.

The game promises next-gen graphics unlike anything seen before on mobile devices, the trailer certainly looks amazing with high-resolution textures and some gorgeous lighting effects.

The game is also set up to feature a variety of tools and features, including drones, combat scrolls, and more. 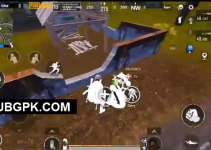 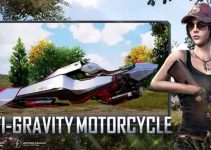