It’s the day fans of Free Fire MAX have been waiting for: the release of the game update OB34. After a long wait, the all-new version is set for release, and fans will be excited to try out all the changes that the developers will be making.

Once available, players will have to go to the appropriate app store to get the patch on their smartphone. However, it is important to note that there will likely be a maintenance break during which individuals will not be able to access the game.

Note: Free Fire is banned in India and due to government restrictions, players are advised not to install or play the battle royale game. They may play the MAX version, which is not banned in the country.

The OB34 update for Free Fire MAX will be available today, May 25, as previously mentioned and confirmed by the developers. However, Garena has not disclosed any accurate information about maintenance, so users are advised to wait for confirmation.

With most of the previous updates for Free Fire MAX released around 11:30 AM, it’s likely that the same trend will be followed this time around. However, even after the download is complete, the game will not be playable until the maintenance is complete.

These are some of the groundbreaking introductions developers will be making with the OB34 update:

One of the most important aspects of the gameplay in Free Fire MAX is the multiple characters that can be played with. Over time, the developers have introduced various options, each of which has a unique set of skills. Moreover, these characters are often balanced to provide players with a fair playing field.

These are the ones that will experience changes with the new version of the game:

New firearms are added to the game regularly, and the OB34 patch will bring the M24 and G36 models. The first is a light sniper rifle with a high rate of fire and mobility. On the other hand, the G36 is an assault rifle with two different shooting modes.

Aside from the extras, the M500 will get an animation upgrade, which makes it feel better.

Craftland will undergo many changes, the main feature is a zombie breeding with five types of zombies and an interactive tower. Garena will also include a new scene in the map called Heroes Island.

Moreover, users will also be able to integrate Clash Squad and Team Deathmatch mechanics into Craftland. 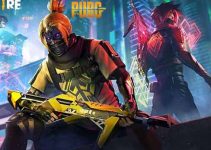