Apex Legends Mobile has already become one of the most downloaded mobile games on the Google Play Store just a week after its global launch. The game is available on both mobile operating system platforms and can be downloaded for free.

PUBG Mobile is another battle royale game released in 2018. Similar to Apex Legends Mobile, it also has a PC/Console version called PUBG. Since its launch, the game’s omnipresent influence on the genre has been felt all over the world. Here is a quick comparison of the two mobile offerings.

Here are the minimum device requirements for both battle royale games:

Although they are of the same genre, the two Battle Royale games are very different from each other. While the classic Krafton has a more realistic gameplay that is rooted in gunplay, Apex Legends Mobile character abilities add a different element to the mix.

PUBG Mobile has six battle royale maps – Erangel, Sanhok, Vikendi, Miramar, Karakin, and Livik. In contrast, the EA title has only one map so far – the edge of the world. The main Krafton title also has single, duo, and squad modes (four players each), while the other battle royale game only supports teams of three.

The number of players in PUBG Mobile depends on the size of the map, but in the case of the other title, the number is fixed. A squad of three mobile players will have to finish nineteen other teams in one match consisting of a total of sixty players.

Note: Indian mobile players should not play PUBG Mobile as it is banned in the country. Alternatively, they can play the Indian version of the game, Battlegrounds Mobile India. 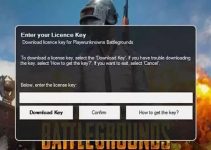 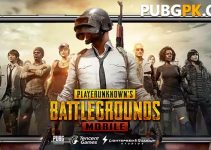