Players have been waiting for the PUBG Mobile X Arcane collaboration and are so excited, Update 1.7.0 is rolling out today, November 16, 2021. Mobile players can head to the Google Play Store or Apple App Store to update the game.

The new update features exciting characters from the League of Legends world. Players can have fun defeating mysterious monsters and collecting Hextech crystals to buy supplies.

PUBG Mobile players who have the older version of PUBG Mobile will not be able to enjoy the game with their friends who have updated to the latest versions. Below are the details on when the update will arrive.

The exact release time of the PUBG Mobile 1.7.0 update varies from platform to platform. The update will be released gradually starting at 5:30 AM IST onwards. The detailed list is given below:

Gamers can expect the updated APK file to be effective around 1:30 PM IST. There is a possibility that some players may enjoy the PUBG Mobile 1.7.0 update before/after the time mentioned above, depending on the device they are using.

Note: One of the best aspects is that none of the servers get disconnected. This basically means that players will be able to enjoy PUBG Mobile no matter when the update arrives.

The update size is 690 MB for Android devices. For iOS devices, the latest update will occupy 1.68GB of storage space. 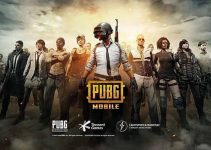