The developers of PUBG Mobile have released the much-awaited 1.8 updates. It generated great enthusiasm throughout the community.

The Spider-Man-themed game mode has captured the attention of all players, but there are many more interesting mods outside of this as well.

Users can also earn various rewards by downloading the latest version of PUBG Mobile between January 12 and January 18 (UTC +0), which includes:

Here are the characteristics of the new classic mode map in PUBG Mobile:

With the advancement of science and technology, all firearms have been modified to have an AC Core, making it easier to target and control, and the urban area and Playzone density have been reduced in the new map to make it easier to spot enemies: Characters are equipped with tactical glasses by default, which show For players the damage caused by firearms. A new interactive slider has been added to make it easier to move to the next Playzone.

Unranked modes: do not provide rating points and include the following:

A new Supply Store has been added all over the map in PUBG Mobile, where players can use the currency they have chosen from the map to purchase battle supplies. Valid maps are:

Players have the option to re-call a fallen Recall Tower teammate. It will be applicable to specific PUBG Mobile maps/modes, including:

React Survival to be shut down

The gameplay features of this mode are as follows:

Other updates and improvements

Several improvements have been added to the PUBG Mobile 1.8 update. They are as follows:

Developers have fixed multiple bugs within the game, lobby, and more in the PUBG Mobile 1.8 version. The specifics are as follows:

Players can read the full patch notes on the official PUBG Mobile website. They can use this link. 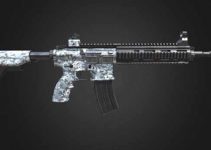