PUBG Mobile Reunion: PUBG MOBILE’s classic modes from the past are back, Vikeni Map is back in popular demand

PUBG Mobile Reunion – PUBG Vikendi Map Back: The PUBG Mobile 1.6 update is now available in the game, where players are exploring the recently introduced Flora Menace mode. PUBG Mobile brings back multiple modes that we explored in the past, including the Vikendi map.

The Vikendi map is back where fans have long demanded it. This time, Vikendi Map is not in beta, so we will see some new changes to the maps. Let’s take a look at everything that came with the PUBG Mobile 1.6 update like Reunion.

Classic modes from PUBG MOBILE’s past have returned!

Jump in-game today to experience all of your favorite modes!

PUBG Vikendi Map Back: After witnessing the success of the 1.5 Ignition update, PUBG Mobile realized that gamers love to see futuristic stuff and updates in the game. And bringing a complete thematic map into the game increases the attraction of players towards the game.

As a result of this PUBG Mobile brings the Flora Menace mode to the game with a new update. The backstory in this mode indicates that these are the alien plants that crashed on the battlefield. These alien plants are taking over the entire map, including buildings. 1.5 Power Up Update

Classic modes from PUBG MOBILE’s past have returned!

PUBG Vikendi Map Back – We’ve been paying attention to everyone’s discussion of the various game modes. We are extremely honored that the game modes we worked so hard on have been so well received. We plan to bring back the following modes. For more information, follow our official announcements and our official social media communities.

Rejoin the epic battle between Kong, Godzilla, and Mechagodzilla today! 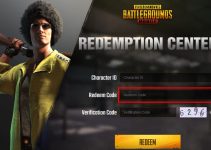 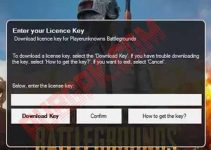