PUBG Mobile is among the most well-known games in the world of battle royale gaming. The game, developed by Tencent, has gained a huge following among BR and shooter fans due to its top-quality graphics and captivating gameplay.

Its RP (Royale Pass) feature is an excellent method to get your hands on a variety of mythical and legendary clothing, weapon skins car skins, and other things. There are currently two kinds of Royale Passes are offered to players playing the game. In the latest updates players who do not purchase Royale Passes can still earn substantial rewards.

This article provides an unreleased list of prizes, releases dates and other details about the PUBG Mobile Month 16 Royale Pass.

The PUBG Mobile Royale Pass Month 16: Leaks of Rewards as well as other details

The reward for RP rank 1 is available for PUBG Mobile’s M16 Royale Pass is four scarps from the supply crate for free holders of RP. The players who buy this Elite Pass will receive an incredible UMP45 weapon skin called Grain Revolution and a cool-looking DJ Dancer Set.

When they reach rank 5 in the M16RP participants will receive one RP missions card free of charge in month 16. For the Elite RP holders The reward is DJ Dancer headgear.

Rank 10:When they reach rank 10 players will be awarded an award of a Golden Share Pack, which is a free reward for their RP. The most elite reward for RP is a skin for the Glorious Ruins’s helmet.

Once they have reached the RP rank of 15 In addition, players will receive two amazing reward as elite Rewards for RP. The first reward is an M16 avatar. The second is an ornamental skin known as Cupid Ornament. A free emote skin available on ranking 15 for those who are not RP purchasers.

RP Rank 20 is a cool skin for a parachute known as Legendary Sisters Parachute. Along with the skin those who purchase an Elite Royale Pass will get themselves a brand-new skin for smoke grenades known as War Visage Smoke Grenade.

At level 25 players who are not able to buy RP will receive a stunning outfit named ButterFly Fighter Set for free. The outfit is stunning and features an edgy blue and red theme. Other benefits include RP badges to The PUBG Mobile M16 Royale Pass.

The rewards of RP Rank 30 for PUBG Mobile M16 Elite Royale Pass are a mythic Masked Crusader, an emote, and an airplane-style finish, the Unknown Destination Finish. Players will also get an RP Voucher for 60 UC that can help them receive a discount of 60 UC on their next purchase.

The reward for rank 35 is a special treat for RP players who are free who will be given the weapon skin of SLR for free known as Dynamic Beast SLR. Elite Pass buyers are eligible to receive 6 RP badges for the M16.

Krafton has released one of the most beautiful skins for the weapon AKM inside the M16 Royale Pass. The skin for the gun is known as Color Expansion and has an incredible, vibrant design. Other prizes include 10 silver fragments for free.

Note Reward amounts are determined by leaks and may changing. 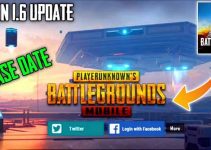