PUBG: New State is now available on the Google Play Store and Apple App Store in India for pre-registration. Krafton opened pre-registration in India months after its global counterpart, but in both cases, there is no release date available. Now, as Indian gamers flock to show their interest in the PUBG Mobile sequel, the PUBG: New State release date has emerged along with the system requirements for Android and iOS platforms.

Seen by IGN India first, PUBG: New State may arrive in India on October 8, according to the date mentioned in the game’s App Store listing. If true, this launch would occur approximately four months after Krafton’s Battlegrounds Mobile India went live in India. There is no information on whether or not there will be a beta program for PUBG: New State. However, considering Krafton’s history, the game will be available on the beta channel before the stable release of the game occurs after pre-registration end.

Krafton has not announced a launch date for PUBG: New State yet.

Additionally, an insider using Player IGN on Twitter has leaked a screenshot of what the system requirements for PUBG: New State look like. According to the screenshot, the next Krafton game will need at least Android 6.0 with 2GB of RAM to run. On iPhone, the software must be iOS 13.0 or higher on iPhone 6s or later. The requirements here are pretty much in line with Battlegrounds Mobile India, which also means PUBG: New State will run on most Android and iOS devices. Due to low system requirements, Krafton may not need a light version of the game, just as BGMI does not.

The same screenshot also shows that Krafton mentioned: “Please note that PUBG: New State is still in development and will be optimized to run on several different Android and iOS devices when it launches later this year.” However, a specific date is not confirmed.

“Knowing that Krafton’s PUBG IP is popular nationwide in India and our Indian fans have a keen interest in launching PUBG: New State in India, we at PUBG Studios are doing our best to deliver a battle royale experience. that only we can offer. on the stable service for our Indian fans, ”said Minkyu Park, executive producer of PUBG: New State, in a prepared statement. 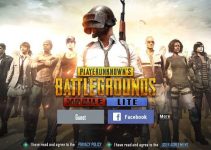