Fans are looking forward to the arrival of events celebrating Free Fire’s 5th anniversary. After Garena announced a collaboration with Justin Bieber for this celebration, the hype has been building over the last few weeks.

A countdown has been added in the game as a mark of the 5th anniversary. The highly anticipated events and various free rewards will be available after the countdown is over.

Free Fire MAX has started a countdown for the start of the 5th anniversary celebrations. It is currently 39 hours away. The event will begin at 10 a.m. IST.

Users have only a few minutes to wait before the new events become available. To help players prepare for the new events, there are a few already available. Players can also earn rewards by completing simple tasks.

Calendar for the 5th anniversary

These are the dates that Garena has added to the event calendar for the 5th anniversary:

Garena has included the Cumulative Login event into Free Fire MAX in preparation for the 5th anniversary celebrations. It began on August 1st and will continue until August 10.

To receive the rewards offered by developers, users must log a certain number of days.

Players who have signed up each day since the event began will receive the first two rewards to their accounts today. If they keep going in the same manner, they’ll receive the 5th anniversary pin on August 5. 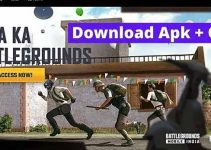